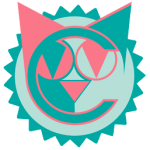 LET'S ALL BE COOL CAT'S

Located on a farm on the outskirts of a medieval village, less than one hour drive from lively Montpellier, the Catfarm plays host to an ever-changing array of creatives that want to go beyond dreaming and start doing!

The Catfarm is an off-grid community of travelers, (digital) nomads, artists, healers, entrepreneurs, and purpose-driven people with the will to explore an alternative lifestyle closer to nature. Armed with old knowledge, instant communication, miraculous technology, and sheer strength of will, we hope to inspire all social classes to switch to a more respectful way of living in this high-speed changing world.

We merge people’s skills to develop projects, trainings, events, and hope to flourish into a self-sufficient paradise. Together, through sharing our knowledge openly in a place of safety we can make anything possible. We invite you to join us in building a bright and fulfilling future.

We work and live together with a dynamic based on sharing, love, respect and understanding for each other.

“Designing together community structures, ways of living, alternative culture and economic models is what I love and what I want to study and share in eco places.”
READ MORE
Aurélie Huet

“The capacity of resiliency is universal. As gardener, I contribute by nourishing a fertile soil of experiments for new growth and regeneration of ecosystems, individually and collectively.”
READ MORE
Eliott Andreys

“I believe that everyone has something to offer. Either skills, experiences or stories. Throughout this we can show what unites us instead of what separates us.”
READ MORE
Ulysses Schuitemaker

"Create and distribute value through social impact - I feel that in the community it is a good place to live this challenge by learning and teaching."
READ MORE
Gabriel Busato

"By healing the environment we can heal ourselves. I care about well-being in a place to provide good atmosphere and be able to reach the best version of ourselves."
READ MORE
Julie De Bidart

"The whole is more than the sum of the parts. And I believe that the "more" of a whole come from the difference of each parts"
READ MORE
Jeanne Robert

"Straight from the land, to the kitchen and into the stomach: that's the route food should take"
READ MORE
Florian van Schaik

MORE ABOUT THEIR BACKGROUND 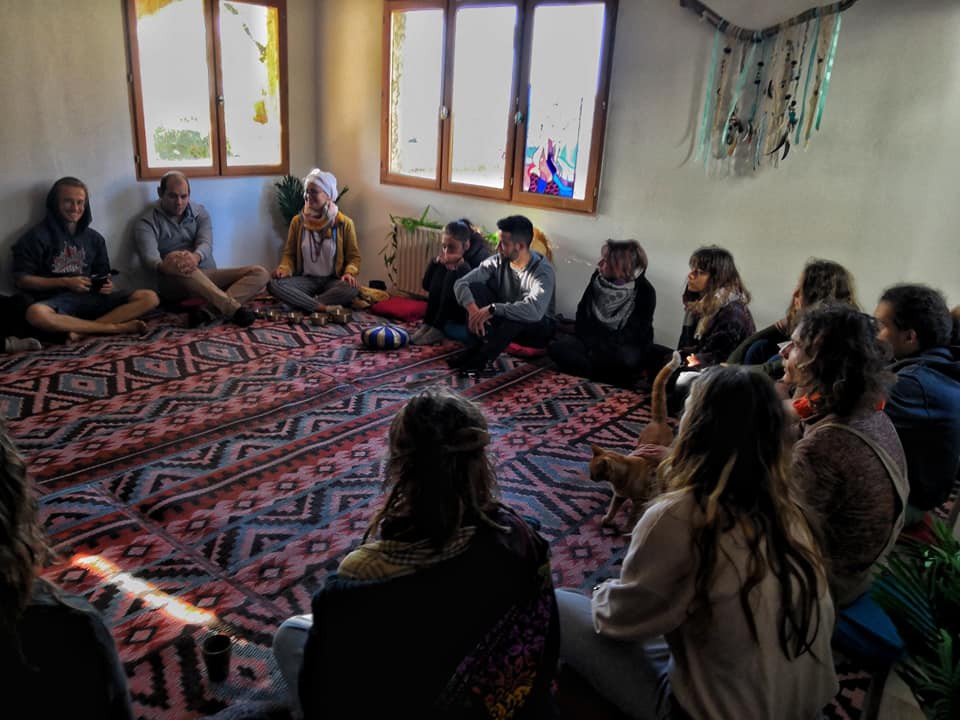 Catfarm Education is a non-profit organisation established in 2018 near the city of Poussan in Southern France. The Corecrew is composed of youth workers with an academic background and experience in non-formal education.

Catfarm Education vision aligns with social innovation and autonomy by raising awareness of the world around us, and broadening cultural understanding.

The aim is to empower youngsters by providing appealing non-formal education methods through human creativity, technologies and at the same time being a playground for the general public to promote mindfulness and to create awareness about our world’s limited resources.

THE LITTLE HISTORY OF CATFARM

Once upon a time uncle Ruud decided to leave The Netherlands, his home country, as he had fallen in love with the golden colours and stunning hills of Southern France. Ruud arrived one year after Georges Brassens death, his favorite French singer, that in his lyrics stated: “I followed the music.”

Despite having no experience in agriculture, uncle Ruud started cultivating grapes for wine production. After several months of working in his vineyards, his son Ulysses was born in Montpelier and together with his wife Marjolein, they went back to The Netherlands. However, the relationship with Marjolein did not last long, making him return to France. In the late 80s, he bought the property we now know as the Catfarm, previously named “de Mas”. He lived and worked on the farm for 22 years, most of the time alone until his son Ulysses joined him in 2012.

Ulysses had to pay back in labour hours, what he was owing Ruud, from the parts of the cost of the recently bought Valparaíso boat. At that time there were 12 cats (now only 3) indulging in a reign of terror by constantly walking through recently applied cement and knocking over paint cans. To make life more fun, Ulysses invited travelers from Couchsurfing to work together, and from that moment on, the project became known as the Catfarm. Ruud struggled with Alzheimer’s disease for a few years and had expressed a wish to be buried on his treasured farm after his death. He moved back to The Netherlands at the end of 2018 to spend his last times in an elderly home. On Novemeber 2nd 2020, during a Full Moon night, our beloved uncle Ruud passed away and his ashes are buried next to the Peugeot 404.

Uncle Ruud, the founder of the terrain where the Catfarm is located. Click to know the story behind the car.
On the hood there is Ulysses and inside the car there is Ruud. The same car was transformed and it is currently our guest accommodation Peugeot 404.
The moment community became the Catfarm. It gained its name from the hard-to-miss giant cat altar that stands tall above the farmland among the hills of Poussan.
Uncle Ruud painting the Peugeot 404
The first days of the tipi that we use as a guest accomodation or for workshops and healing practices. 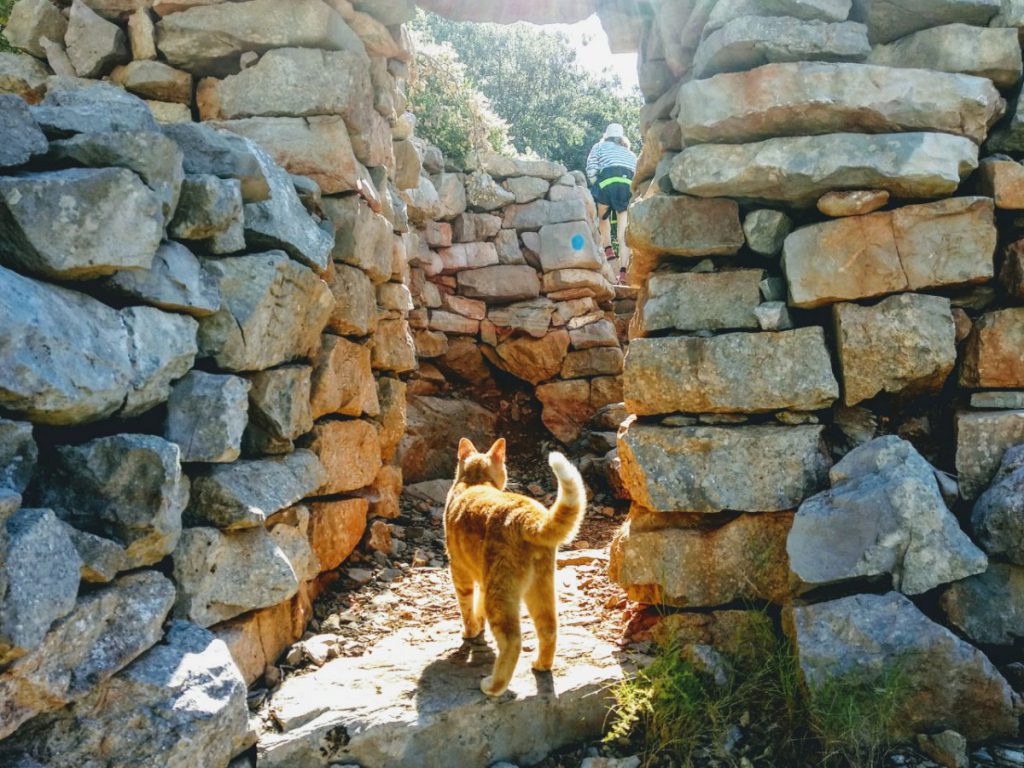 The Catfarm is located in Poussan, sitting amongst wide open spaces a short journey from Sète’s beautiful beaches. You can explore Poussan’s medieval village center with its 12th Century church, two traditional cafes, and a good pizzeria. 10 minutes away by car, you will also find the thermal baths of Balaruc.

Only 10 minutes from the farm, the hill of Puech Gayes offers the chance to discover vestiges of bygone eras, like the fortified Iron Age oppidum and the legendary Heraclean Way, as well as charming winegrowers houses with cellars on the ground floor, and a few Roman ruins if adventure beckons. All this, in natural surroundings full of its own hidden treasures.

Sète is a small town offering up the local Sètoise cuisine, alongside a picturesque fishing harbour and long sandy beaches. Culture thrives at the town’s Théâtre de la Mer, museums, art galleries and many events that are organised during the six warm months of the year.

Montpellier’s cultural heritage and lively nightlife, including lots of clubs and student pubs, is only 30km away. Also, 45 minutes’ drive to Beziers and 10 minutes away from the A9 highway.